> Frontières>Hana, Song of the Diva 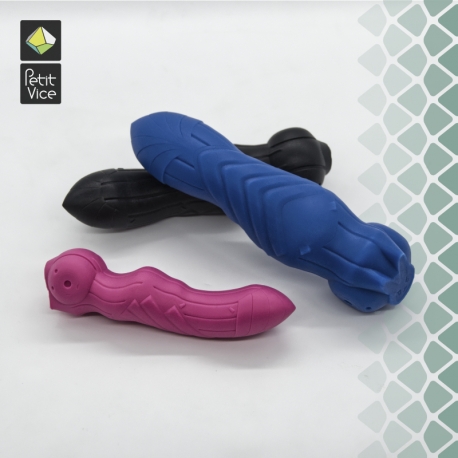 Hana, Song of the Diva

The Sextoys Petit Vice are handmade in our workshop in France to guarantee you a perfect quality. They are made on order especially for you.

We are using a medical grade silicone complying with norm ISO 10993-10 for a safe and hypoallergenic use.

If you have any trouble to choose best characteristics for your sextoy, read the section how to choose?

I can't tell you her name; it's part of the contract I signed when I started working for her. It might not tell you anything elsewhere. She had long been known by a large community for her exploits in video games.

Until the day everything changed ...

She became a national icon by enlisting in the defense forces to combat the omniac monstrosity. It's a game for her; it always has been.

The best players or the best soldiers need support. This is how I ended up there. I'm good at fixing stuff. I had never seen a Meka before, but I'm a fast learner. I adapt.

I am just a member of the "staff". I never talked about anything with her other than the state of the flow compensators or the parallax of the sights. Most of the time I can read her mind quite well. She often stays in the workshop, late at night. She watches me work. She says it calms her down.   It seems like this is the only time she can just be herself. It's a little more complex than that, but that's the idea. It's just the two of us. We don't talk much.

One day, I don't remember what I was fixing, everything didn't go as planned. It happens: I wrongly mixed two parameters in the additive fabricator. She was leaning over me. She burst out laughing. I couldn't help myself either. We both knew what it reminded us of. The spare parts had assumed an equivocal form that denoted with the weaponry spread out on the counter.

She didn't need to say more. I felt her body close to me for the first time in a year.

I started by fixing my mistake to repair the MEKA and then worked a little later that night on a different kind of prototype.

She often stays in the workshop, late at night. It's just the two of us. We don't talk much. She says it calms her down.